I was too young to have visited (much less frequent) Laurel’s legendary Fyffe’s Service Center before it closed in the early 1980s, but it’s one of the places I’ve consistently heard the most about over the years.

Originally one of only two gas stations in the town during the 1920s and 30s, it enjoyed a lengthy run at 10th and Montgomery Streets as a favorite neighborhood bar and general store from the early 1950s—all the way until it closed on May 1, 1983. The structure then sat empty, languishing in decay until it was finally bulldozed in December, 1995. 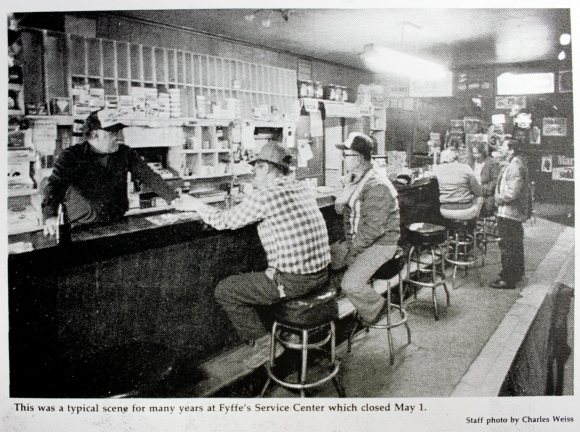 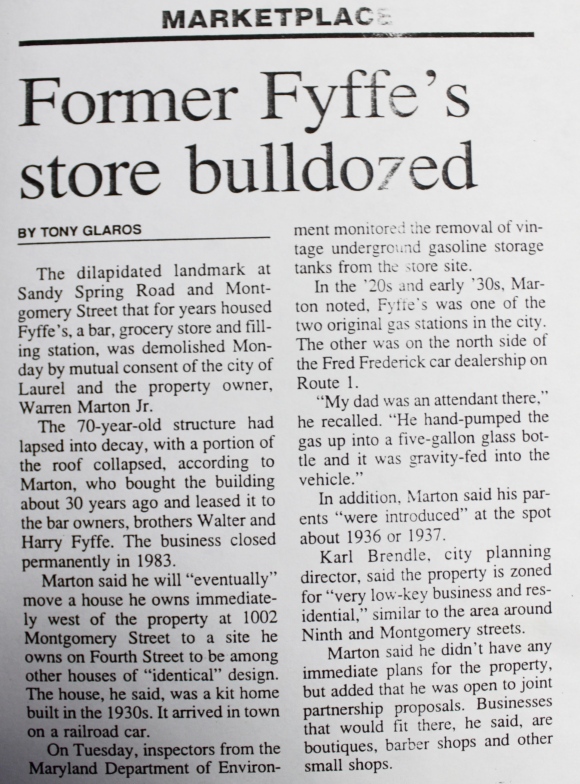