On the lower level of Laurel Centre Mall, just beside Montgomery Wards, was a sporting goods store. It wasn’t a particularly big store, mind you, but Herman’s World of Sporting Goods carried an impressive array of products. Whatever the latest and greatest sneakers were, you could find them at Herman’s. NFL Starter jackets? Check. Team hats? Check. Bowling balls? Check.

Herman’s was a national chain that did well for years, primarily in the shopping and strip mall market. And throughout the 1980s, the Laurel Herman’s store likely cut into the profits of  Bob Windsor’s All-Pro Sports—the only other sporting goods retailer in town.

By the early 1990s, however, Herman’s itself was being devoured by its larger competitors: Dick’s Sporting Goods and The Sports Authority. Warehouse-sized stores were becoming the latest trend—in just about every retail arena imaginable. In 1993, Herman’s entered bankruptcy.

There are a lot of memorable facets to Herman’s, but what stands out to me most are the shopping bags. The bag itself spoke to the excitement of organized sports—its brand incorporating a range of vibrant colors, along with snow and sun motifs to suggest the outdoor elements. Seeing one of those bags meant that something good was inside—be it a new basketball, some Ocean Pacific gear, or maybe even a pair of new Air Jordans. This is something that’s been lost on the warehouse-sized stores. Do you find anything even remotely exciting about a Sports Authority/Dick’s Sporting Goods plain white plastic bag stamped with their sterile logos today? Neither do I. 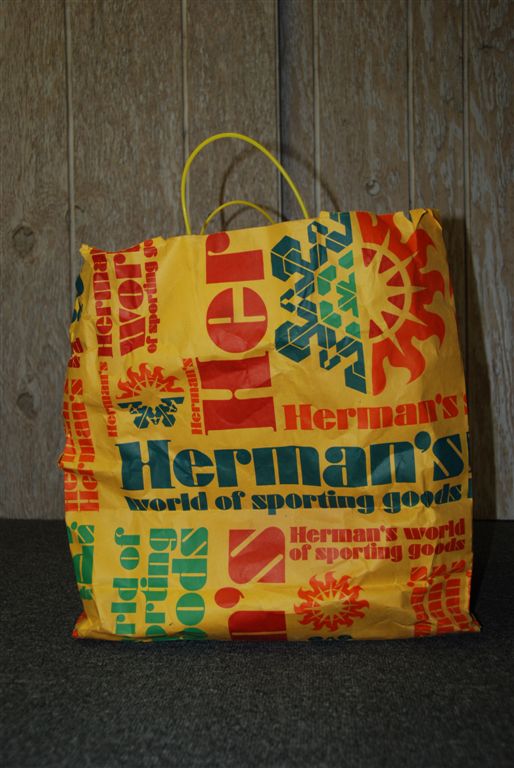 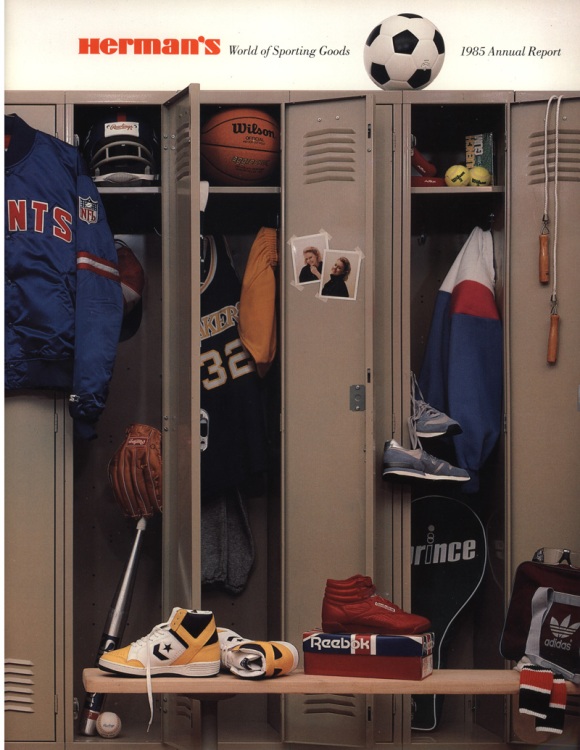