While the former Bay ‘n Surf restaurant had sat vacant and crumbling since 2007, the shock of seeing it actually torn down today will undoubtedly leave a bitter taste in the mouths of many who remember it in its heyday—a time when it was the undisputed heavyweight champ of Maryland cream of crab soup. 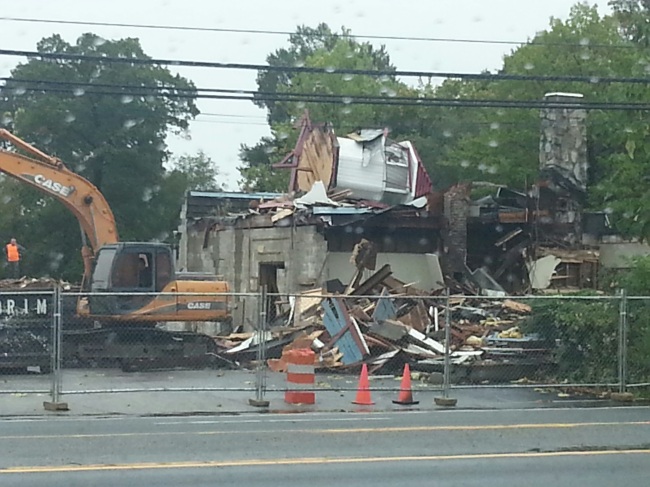 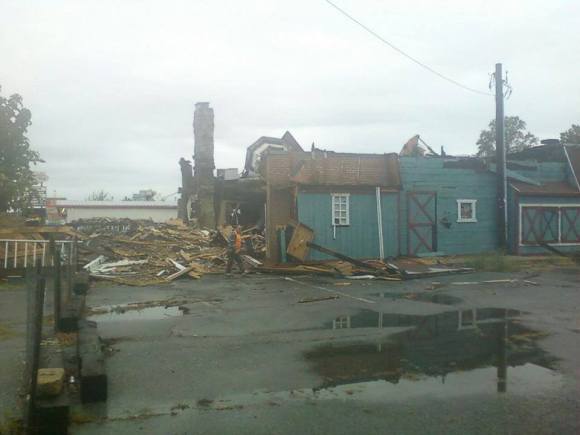 Originally opened in 1965, the restaurant closed after a refrigerator compressor fire in the early morning hours of Valentines Day, 2007. Speculation about reopening—even at another location—floated around for years, but never materialized.

The initial word on the street is that the site will soon be home to a new mini strip center, but there’s been no confirmation on potential tenants. (Sadly, I’m guessing none will offer cream of crab soup, though).