The second episode of Lost Laurel on Laurel TV is now on YouTube! It’s a special Halloween episode, which Laurel TV has been airing locally every day this week at 4PM on their network.

Some of the highlights:

This was a fun episode to produce, and it’s wonderful to see some effects enhancements starting to come into play now that we’re getting the hang of things.

Now that there are two shows, one of the recurring themes you might pick up on throughout the series is the opening title graphic. For each episode, I’ve designed a “newspaper” front page in the style of the Laurel Leader from when I grew up in the 80s. It sets the stage for whatever the theme will be, and makes for a functional way of cataloging the episodes. 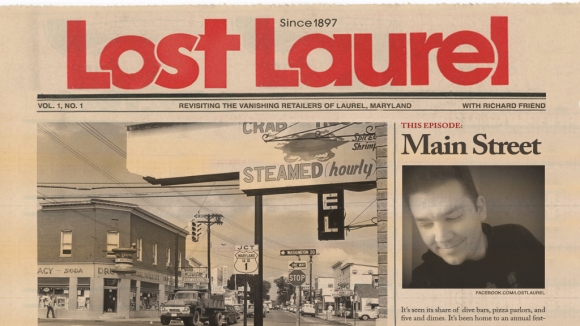 It’s one more way to have fun with this project, and as I get further into it, look for some even “older” front page newspaper treatments to emerge. 😉

We’re already planning next month’s episode, which will actually be a two-part series covering the building of Laurel Shopping Center—and there are lots of great stories and photos to be included in that one.

Special thanks to Tyler Baldwin for her hard work and patience, and for also fixing and re-uploading the earlier Main Street episode, which is available here: