The next time you’re traveling along Main Street, (preferably walking, rather than driving) do yourself a favor and stop in front of Minuteman Press at 335 Main Street. Even if you don’t have anything to be printed, just do some proverbial window shopping—you’ll be in for a historical treat.

A few months ago, owner Bob Mignon expanded his longtime corner business. You might’ve noticed the “Future Home of Minuteman Press” banner… ironically just steps away from what was then the current home. 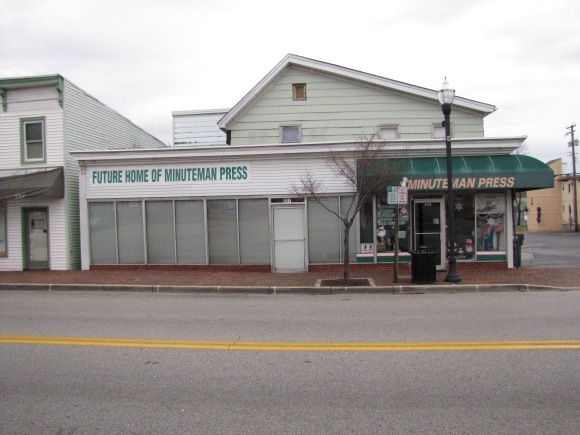 Bob didn’t simply move into the larger space next door, he consolidated the building—much as a distant tenant from the early 1920s did, when it was the Ellis Market grocery store. 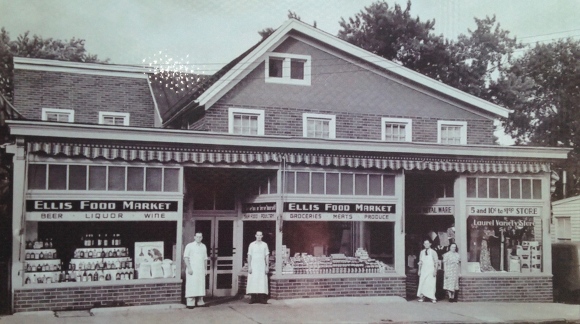 Being a Laurel history buff himself, (and a tremendous supporter of the Laurel Historical Society) Bob had a unique vision for decorating the expanded storefront windows. He was interested in showcasing historic photos of the town, and worked with Beltsville’s Jay Williams Design Company to create a display that takes the viewer back nearly a century. 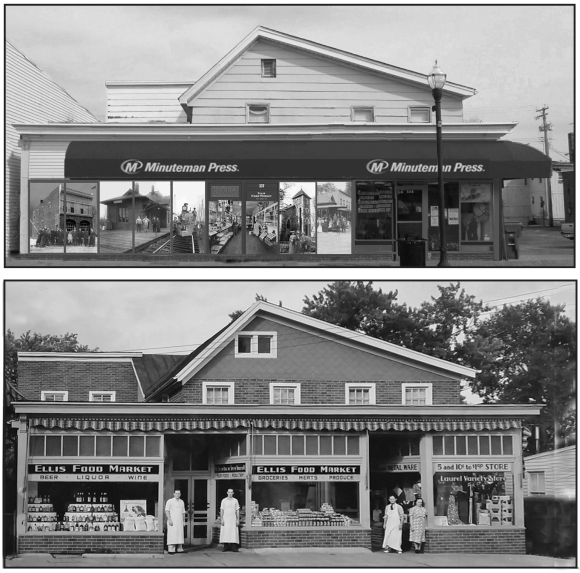 Included are larger than life images of the Harrison-Beard Building at Montgomery and 9th Streets, Laurel’s train station, (very much relevant, given the current controversy over a new Howard County stop threatening to take its place) St. Philip’s Church, and the electric trolley station at 6th & Main Streets (site of the current Oliver’s Old Towne Tavern—quite the historic little building in its own right.)

But the centerpiece of the design—literally—are the photos and narrative covering the door to the 337 entrance.

Last August, while Bob and Jay were still planning the display, an elderly woman and her family happened to be across the street from Minuteman Press, seemingly admiring the building. Bob went outside to say hello, and found himself meeting 90-year-old Shirley Ellis Siegel, who was visiting with her sons to reminisce about the house she grew up in during the 1920s.

This serendipitous meeting resulted in the photos now featured on the door, which the Ellis family happily shared. The large image showing the market’s interior is used perfectly—it’s as though you’re looking through the door into the building’s past. 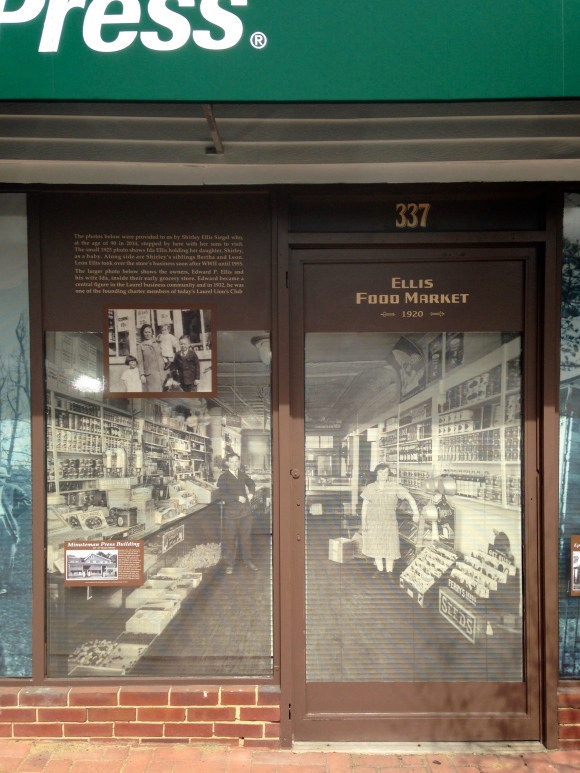 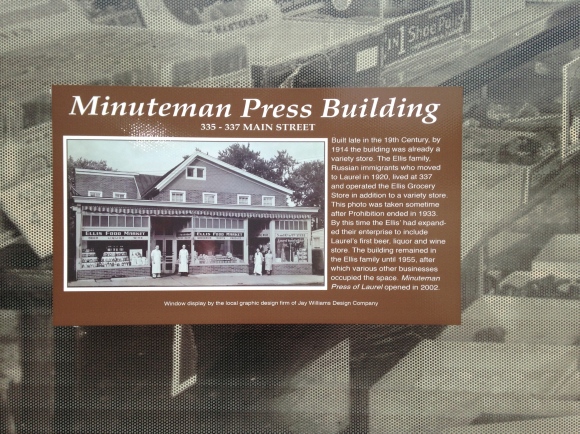 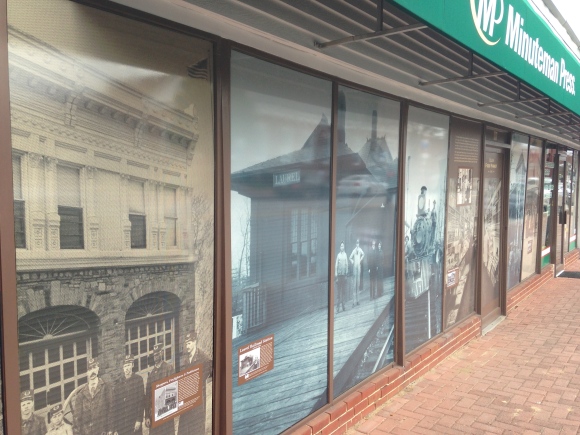 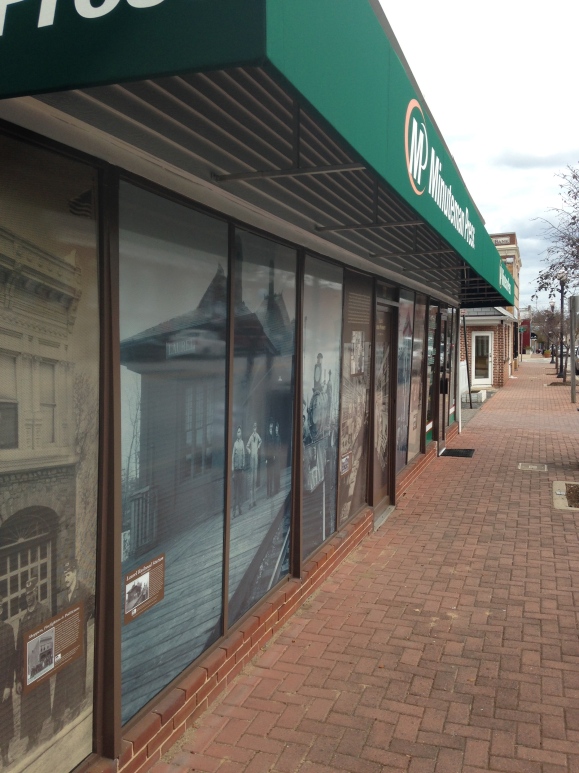 Kudos to Bob Mignon, Jay Williams, and the Ellis family for creating a fantastic visual tribute. It’s a wonderful new way to share the city’s history right there on its most historic street.