Yesterday evening, I got a text from Rodney Pressley—one of my oldest friends from Laurel. He’d just gotten a most unexpected email from Silver Diner. It wasn’t a promotional coupon, or an announcement about an upcoming event:

They weren’t just announcing that the popular restaurant at 14550 Washington Boulevard was closing—they had already closed, effective immediately.

Rodney sent me the above screenshot, which I posted on the Lost Laurel Facebook page essentially as breaking news, because this information seemed to have come out of nowhere. 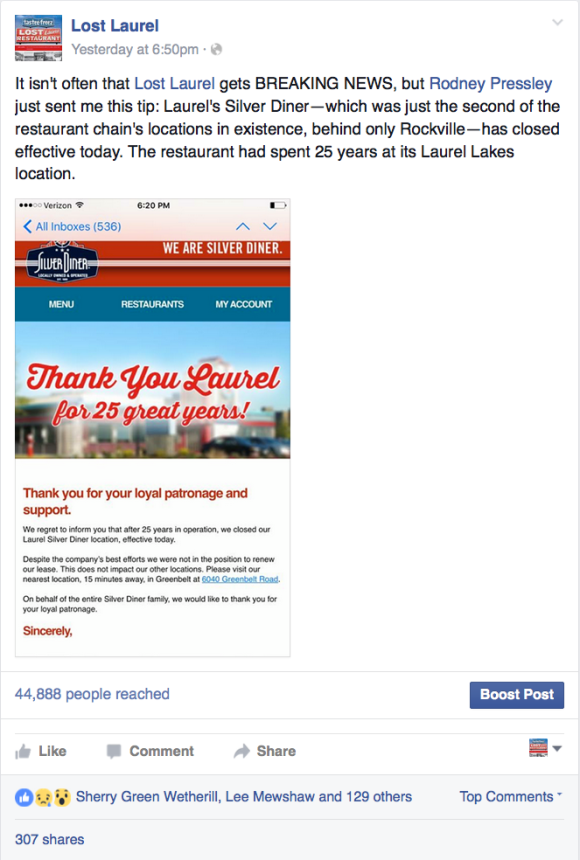 It quickly became one of Lost Laurel’s most engaging posts—ever—with over 300 shares and over 44,000 people reached. (The page has even had more than 150 new likes in the past 24 hours). Clearly, the unexpected departure of the Silver Diner caught all of us off guard, even those who weren’t regular patrons.

A number of people commented that they’d actually just eaten at the restaurant the day before, and there had been absolutely no clue that they had planned to close. Silver Diner’s website (which had already erased the Laurel location from its website at the time of the email) eventually updated its FAQ page with a special notice about the Laurel restaurant’s closing. They also included a detailed PDF. 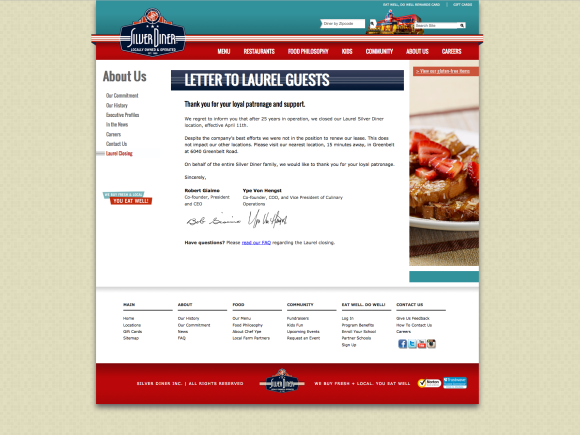 In short, it seems that the restaurant had a 25-year lease on the property, which had just ended. The landowner(s) wanted considerably more money to renew the lease than Silver Diner was willing to pay.

One would think that there would have been some sort of communication with the employees and the community at large before the decision to close was made, though. Had there been, I’m guessing there would have been strong support for Silver Diner to remain open. After all, the restaurant seemed to have a full parking lot at all hours of the day and night—they weren’t hurting for business.

And from a historical perspective, (albeit recent history) this is actually a pretty big deal. The Silver Diner opened in late 1990, and was only the second restaurant in the chain’s history (behind Rockville). It even had an early review in the Washington Post.

Twenty-five years. Think about that for a second. In an age when we’ve sadly come to expect businesses to change every couple of years, this one ended up staying for a quarter of a century. While it honestly didn’t seem like it, the novelty of this polished chrome and neon facsimile of a classic diner had steadily become a classic itself. At the very least, it had become a fixture in the shadow of Laurel Lakes. 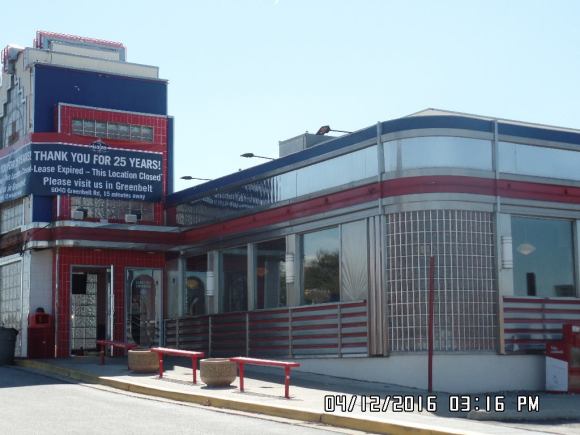 With the news of its closing, rumors and misinformation quickly began flying, as is often the case with social media. Some folks were confusing the Silver Diner with its elder counterpart—the legendary Tastee Diner at 118 Washington Boulevard—which is still very much open for business, and now in its 65th year. Others mistakenly thought the entire Silver Diner chain was going out of business, blaming its revamped menu, among other things.

Others were speculating that the restaurant had closed due to a fire—a fate all-too familiar for other longtime Laurel restaurants. (See also, “Bay ‘n Surf,” “Delaney’s Irish Pub,” and “Tag’s”…)

In fact, there had actually been a minor fire at the Silver Diner on closing day—but it had nothing to do with the chain’s decision to close the Laurel restaurant. 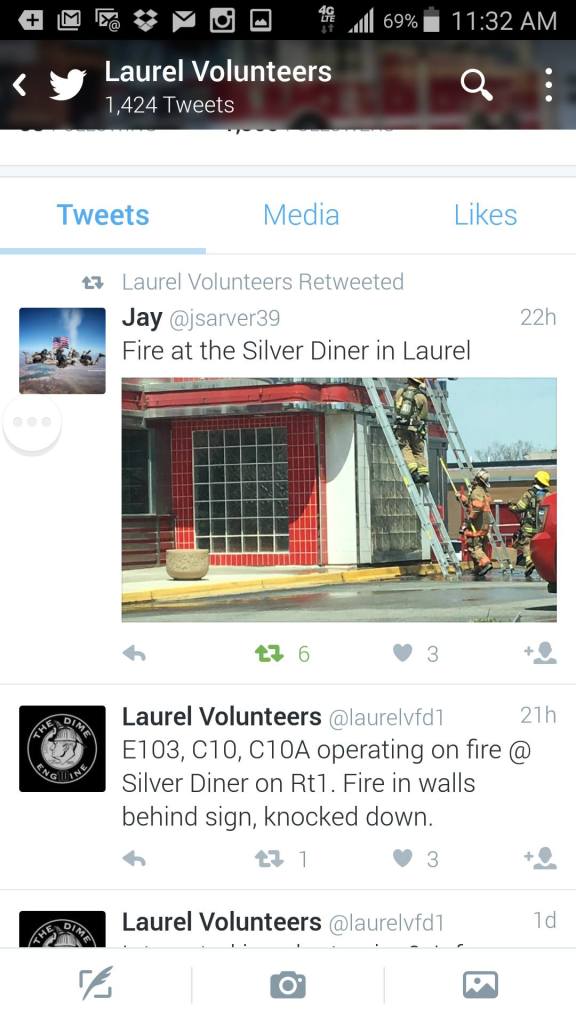 So, Laurel’s Silver Diner has closed its doors. There was no forewarning, and no chance for customers to stop in one last time to reminisce. And 25 years’ worth of memories is significant. I’ve heard from several people who had gone to the restaurant on their first dates; and one Lost Laurel reader commented that she’d met her future husband there—he’d been her waiter.

That being said, I suppose there’s never been a more perfect time to share these items from my collection. Frankly, I didn’t really expect to share them; I assumed, like everyone else, that the Silver Diner wasn’t going anywhere anytime soon. These flyers, menus, and coffee cup date between 1990–92—the restaurant’s earliest days:

Note the two locations: it was just Rockville and Laurel at the time. 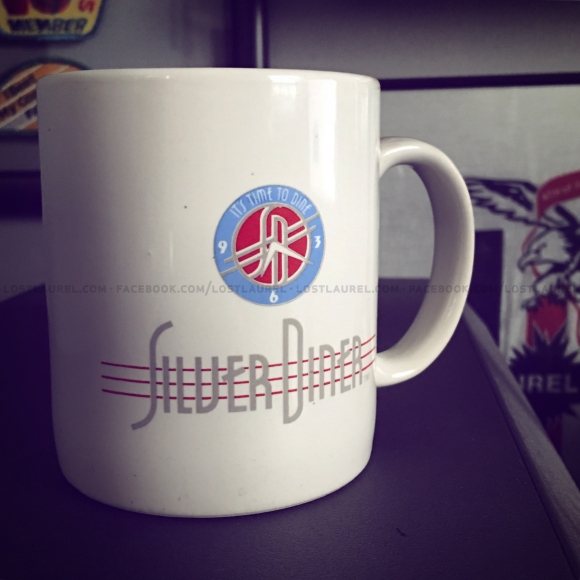 For what it’s worth, Silver Diner’s website mentions that they are “looking at multiple opportunities in the Laurel and Columbia areas and (they) hope to return to the Laurel area soon.”