I have to say, really good pizza was abundant in Laurel throughout the 1970s and 80s. Delaney’s/Irish Pub, Pal Jack’s, Village Inn… even Pizza Movers wasn’t bad. (And hey, they delivered!) We’ll explore each of them in time, but let’s start with one of the earliest departures—a place that countless kids who grew up in Laurel retained countless memories of birthday parties, balloons, styrofoam party hats, and yes… really good pizza. This was Pappy’s—alternately known as Pappy’s Family Pub. 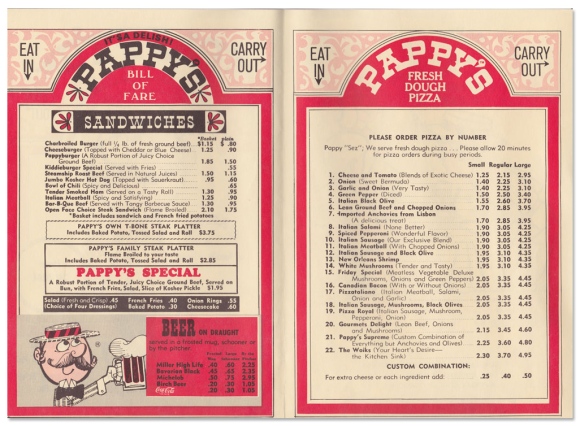 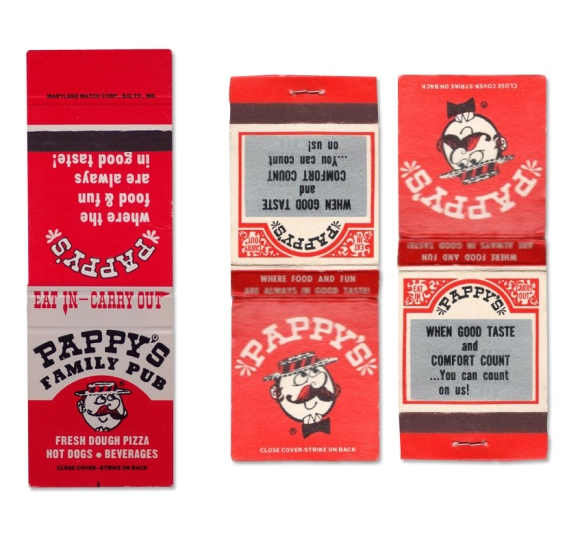 Pappy’s was located directly across from the Laurel Shopping Center, in the building currently occupied as of this writing by a Wells Fargo bank. (Yawn).

As many have fondly recollected, an additional treat at Pappy’s was the fact that one actually had a very good view of whatever happened to be playing on the big screen at Wineland’s Drive-In theatre, which was situated literally just behind the restaurant. For a kid, particularly, getting a free peek at an outdoor movie playing on a massive screen from the cozy confines of a pizza parlor only added to the mystique.

And there were some unique features within those cozy confines, as you might recall. Some of our Facebook friends have pointed out their favorite memories—including the player piano, the unique kitchen window that allowed customers to watch the pizza-making magic, the balloons with “feet”, allowing them to stand on the tabletops, funhouse-style “fat and skinny” mirrors, and those styrofoam Pappy’s hats.

Believe it or not, there is a Pappy’s still in business in Johnstown, PA. And from what I can tell, it’s got quite a bit of that familiar charm that Laurel’s Pappy’s once had. Minus the drive-in movie screen, of course. But they do have the player piano, the pizza-viewing window, the funhouse mirrors, and some of that familiar signage: 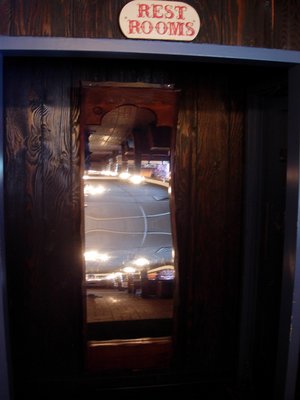 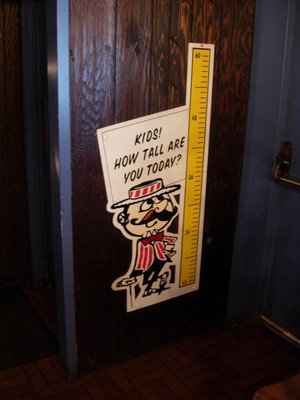 I’ve come across a few other Pappy’s artifacts from the Laurel location, including coupons and newspaper ads:

And while perusing another popular Laurel nostalgia Facebook group, I came across the following unique Pappy’s photos: 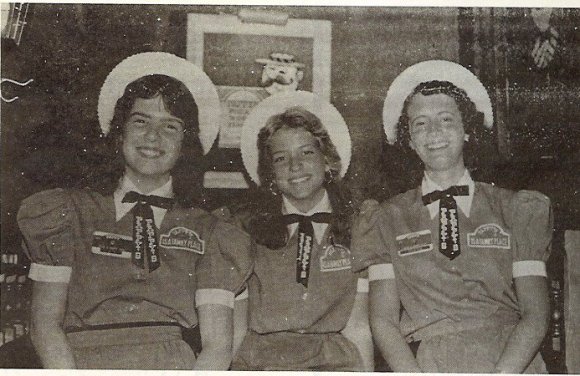 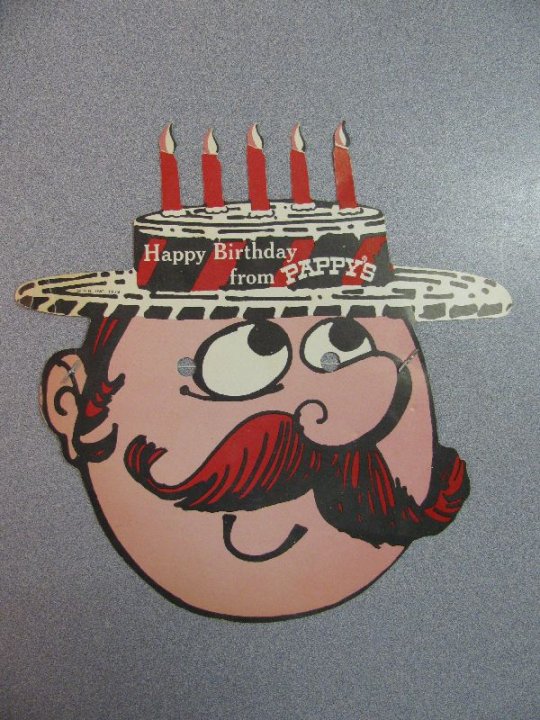 An original birthday mask from the Laurel Pappy’s! (Photo: Bruce Brandon, via facebook.com/groups/147258845411/photos/)

Pappy’s was indeed a fun and happy experience for nearly everyone who had the chance to enjoy it. It also benefited from a strategic location, being directly across from the Laurel Shopping Center exit. That’s my perception, at least—as I know from experience that I’d vehemently crave pizza as soon as my parents would reach that traffic signal. It’s probably safe to assume that the current Wells Fargo doesn’t possess that same enticing Pappy’s charm and mystique. But then again, could anything?

17 thoughts on “Laurel’s Pizzas Past: Pappy’s”